Get a quote
Call Now

The amount of air leaking in and out of a building through cracks in walls, windows and doors.

Component placed at the perimeter of an insulating glass unit to separate the two lites of glass.

American National Standards Institute, a clearinghouse organization for all types of standards and product specifications.

Glass heat-treated to withstand greater than normal forces on its surface. When it breaks, it shatters into small pieces to reduce hazard.

A rectangular projection cut out of a piece of wood for insertion into a mortise.

A thermally insulating or low-conductance material used between interior and exterior aluminum (or other conductive material) window and door components.

A single- or double-hung window whose operable sash can be tilted into a room to allow cleaning of the exterior surface on the inside.

Window used over the top of a door or window, primarily for additional light and aesthetic value.

Use of three panes of glass or plastic with two airspaces between. Generally refers to a sealed insulating unit.

Traditional window construction incorporating smaller panes of glass actually separated by muntins, rather than simulating such an appearance with larger lites of glass and a muntin grid or grille placed between or on the surfaces of the glass layers.

Rate of heat flow-value through a building component, from room air to outside air. Also referred to as U-value. The lower the U-factor, the better the insulating value. U-factor, a rating more generally used in the window industry, is the reciprocal of R-value, a rating commonly used in the insulation industry.

Invisible rays of solar radiation at the short-wavelength violet end of the spectrum. Ultraviolet rays can cause fading of paint finishes, carpets and fabrics, as well as deterioration of some materials.

Generic term for polyvinylchloride or PVC, an extruded material used for window and door framing.

A material or device used to seal the openings, gaps or cracks of venting window and door units to prevent water and air infiltration.

A term used for a type of corner construction, used with vinyl and other types of windows and doors, in which a small amount of material at the two pieces are melted or softened, then pushed together to form a single piece. This also is referred to commonly as a fusion-weld.

An area where buildings are bounded by wild or natural areas in regions where wild fires are a concern. Some fire and code officials are looking at the establishment of fire-resistance requirements for exterior building products in these "interface" areas.

Force exerted on a surface by moving air.

If you are looking for the most Efficient Windows and Doors in Florida... 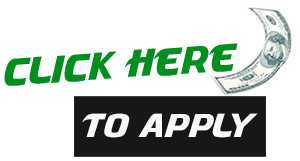